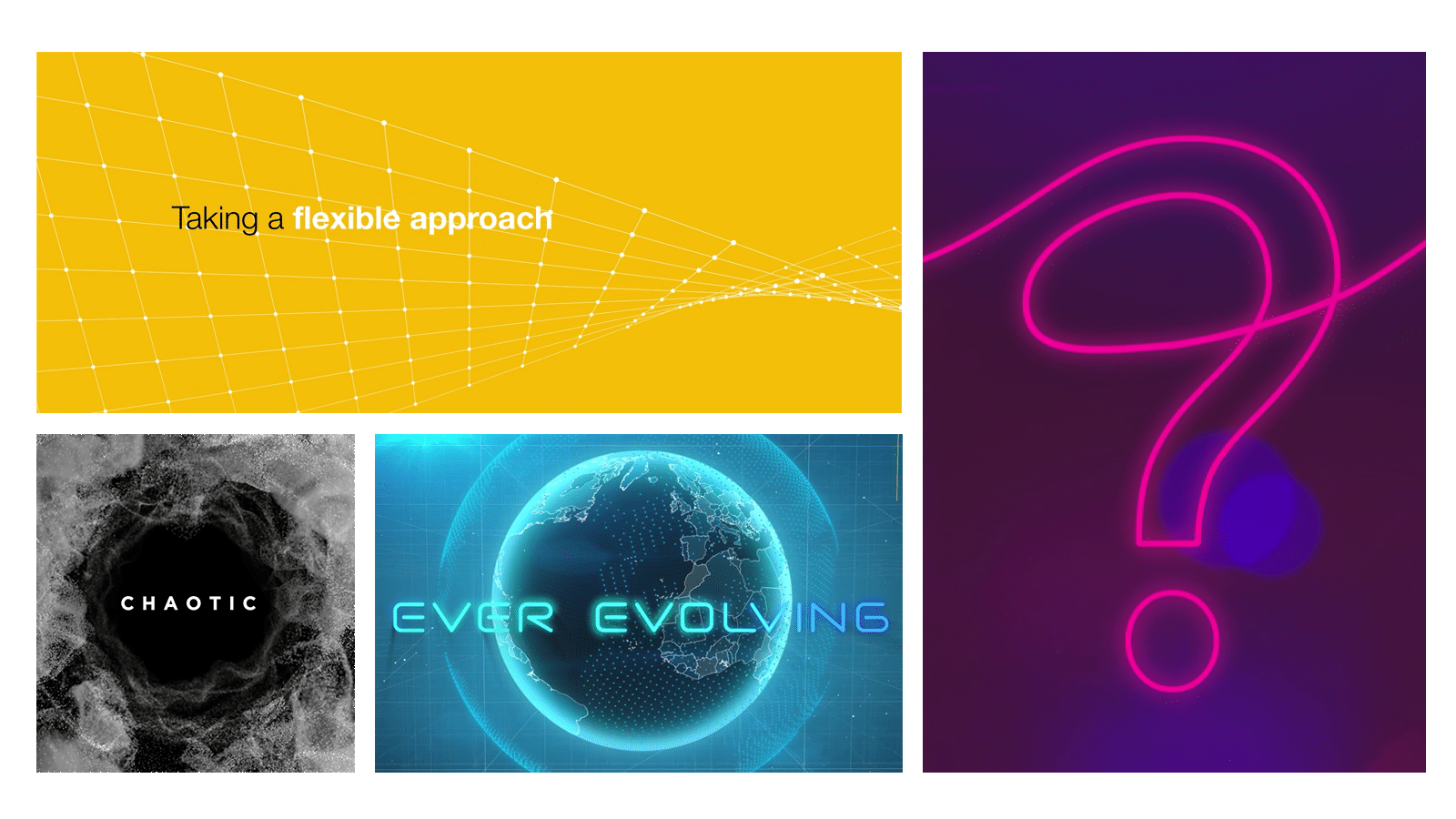 Video is essential in the world of corporate communications and clients are using the lingua franca of animators and filmmakers with increasing ease.

Undoubtedly, this is great on many levels. Along with making it simpler to understand what clients want, it is also more straightforward for creatives to communicate back an idea.

‘Kinetic Typography’ is one term that clients frequently use. On one level, it’s clear that they are looking for a piece of content that leans heavily on animated type, but because kinetic typography is a genre of animation rather specific style or technique, the term can be interpreted in many ways.

This short reel from some of our recent work shows just how varied the use of kinetic type can be.

As a genre, kinetic type first appeared in a very basic form as long ago as 1899 in the work of the ground-breaking Georges Melies. Despite being regarded as the father of special effects, much of his work has been lost and there are no examples of his early text animation.

True kinetic typography trends didn’t emerge until the 1960s, featuring in numerous movie title sequences. This trend was kicked off in 1959 by Saul Bass for the titles of North By Northwest, which saw the animated text “flying” in from off-screen before fading out into the film itself.

Since then, techniques have evolved, as have the attempts to categorise the genre. One of the most widely accepted is Barabara Brownie’s specific classification system. She breaks kinetic typography down into two types, Motion Typography and Fluid Typography, with the former split out into Scrolling Typography and Dynamic Layout.

With all the groups and sub-groups, the term ‘kinetic typography’ starts to seem anything but straightforward. In truth, these categories are quite easy to identify.

This refers to any type that simply moves along a plane. Be that sideways, upwards, downwards or even advancing and receding as you see in Star Wars.

It can be effective when there are longer sentences or words as it can slow the pace of a video to create a smooth, effortlessly elegant feel. Conversely, a faster, pacier movement with some overlap can be dynamic.

The below text animation shows a series of statements that were animated simply, ensuring the copy is clear and legible. The animation that happens underneath reinforces the message.

Here, the elements that make up the type move in relation to one another. Letters and words may move away from one another on a 2D plane, or in three-dimensional space.

A dynamic layout is particularly useful for videos where impact or drama are key requirements of the brief.

In this example, the movement of the words and letters in relation to the rest of the copy reinforces the sense of separation.

This type is unique, as letters don’t have to move in space. It concerns letters or words changing shape or evolving.

Here, we start with a dynamic layout before finishing with a simple example of fluid typography, as the letters ‘stand out’ are painted across the screen.

Kinetic typography trends are ever-evolving and a swiss army knife for anyone working in text animation. It can be used in many ways; as the foundation of a creative proposal, to enhance a narrative throughout or to reinforce single moments within a script.

The style of animation employed will vary depending on the tone of the story and how much the copy needs to convey.

There’s a lot to think about when briefing “kinetic typography” and, we haven’t even covered the impact of fonts, kerning, leading and all the other considerations that have affected a large portion of the text animation examples we have come across so far.

If you are thinking of starting on an animated video project for your business then you are on the right track.

Learn how to get started here or how you can budget for your project by reading more about the cost of premium branded content.