If you are selling a product, marketing a service, promoting organisational change, or translating team goals into achievable actions, wouldn’t you want to know how to make your messaging more effective? Understanding neuroscience and the power of story will help take your creative content writing to the next level.

Let’s start by going back to 1996. There was one story on everyone’s lips: Toy Story. It was massive, and if you’re old enough, you might remember the Christmas Eve queues for Buzz Lightyear toys. Buzz was a newly created character with no cultural heritage, and yet kids loved him and his story, and wanted to go to infinity and beyond in their own bedrooms. Across the world millions of Andy (or Andi’s) unboxed a shiny Buzz on Christmas morning. But it’s not simply toys that people are inspired to purchase off the back of a story. The summer of 2022 saw Aviator sunglasses all the rage again thanks to Top Gun: Maverick. In fact, product placement in films and TV shows is so big, it is worth $23bn each year.

Stories sell, but what makes them so compelling in the first place? And, why is this relevant to creative content writing and corporate communications?

The answer to both is neuroscience.

To understand why, we need to look at:

How humans experience the world

To begin, I’ll tell a little story of my own.

Last Summer, my family and I went to Italy for a two week holiday. Like many, it was our first time flying since the pandemic. We arrived at Gatwick airport two hours before our 5am flight time expecting a quiet breakfast in one of the cafes. Instead it was like queuing on Wembley Way before a Cup Final. Gatwick airport was chock full of people. There was chatter, announcements, beeps from tills, rings from phones, whirrs from electric mobility vehicles, plus lights flashing, food smells, children crying and adults arguing. Every type of sensory input you can imagine. Yet somehow, my family kept our focus, grabbed food, found our gate and boarded our plane.

How? Because while the unconscious brain is exposed to 11 million pieces of information every second, the conscious brain filters most out and focuses on around 40 pieces of useful data. In our case, one another’s voices, the signs to the gate and the announcements for Easyjet flight EZY452.

You see the brain is a dark place, completely shut off from the world, yet responsible for imagining our environment. ‘All it ever experiences are electrochemical signals coursing through its massive jungle of neurons. Those signals are all it has to work with, and nothing more. From these signals it extracts patterns, assigns meaning to them, and creates your subjective experience of the outside world,’ says neuroscientist David Eaglemen.

In essence, the brain relies on data from our senses and through a combination of evolution and personal experience imagines reality. This virtual reality engine inside our skulls is so efficient and effective that we can even create mind-models from second-hand data. A movie, video game, a book, even a corporate video and it will still feel as if the experience is our own. This is why sad stories make us weepy, scary stories make us fearful. And why you might have pictured a chaotic Gatwick airport mid-holiday season from my description above.

The link between evolution, communication and story

Neuroscience has progressed in leaps and bounds in the last few years, but still doesn’t have an answer as to how the brain creates these images of reality, or at what point in our evolution it began. Archaeologists, however, have identified when the pictures in humans’ heads found their way out. Human language emerged around 100,000 years ago, eventually it diverged and created a myriad of dialects, languages and cultures across the globe. But not before people began sharing their stories.

The oldest known telling of a story is a figurative cave painting about a pig-hunt over 43,900 years ago. While not as old, but more fascinating in its reach and ability to endure is the Cosmic Hunt story, about a group of hunters who track and wound an animal (often a bear) that climbs a mountain and becomes a constellation in the night sky (often Ursa Major, the Great Bear). The story, thought to be at least 15,000 years old, survived in various forms across Europe, Asia, Africa, the Artic and the Americas.

While a folk tale may seem a little removed from the world of internal comms and creative content writing, it demonstrates the power of a well-told story to engage, inform and transcend geography.

If you work for a company that is investing in a content strategy which includes video or moving image, it is likely your audience will be broad; a diverse mix of age, gender, and culture. Even if the video you commission is for a small group of twenty like-minded people, each person’s virtual reality engine will process the viewing experience differently. Maybe the room is too hot for one, too bright for another, or someone’s chair wobbles. Remember, each person is receiving 11 million sensory inputs, so guaranteeing they devote their attention to your message isn’t a given. But this is where neuroscience can help.

Paul Zak, an American neuroeconomist, came to global prominence a decade ago after he posted The Future of Storytelling, a video of his research, on YouTube.

Such was the effect of this and the research in general, that Zak has gone on to become one of the most cited scientists of all time. What he discovered was that oxytocin, often called the empathy hormone and commonly associated with mothers of newborns, increases when a person hears a human story.

This matters for creative content writing and marketing and comms professionals because when we produce more oxytocin, we feel more compassion. We trust more. We’re more involved and engaged with the storyteller. Again, this is because our brains process third-party information as if we experience it ourselves, stories evoke real feelings. This empathy buzz is hardwired, it occurs because humans have a deep history as social creatures and place high value in transmitting information across individuals and communities.

As a species we have evolved to accept information more readily via ‘stories that are personal and emotionally compelling, [they] engage more of the brain, are better remembered than simply stating a set of facts,’ says Zak.

The roles of hormones

Setting information in the context of a story is useful in corporate communications, too. David JP Phillips, aka Mr Death by Powerpoint, is evangelical about this. His TED Talk, The Magical Science of Storytelling is an engaging, informative watch – the kind of presentation he feels we are all capable of giving if we understand how to manipulate our audience’s hormones.

There are three key hormones which he calls his ‘Angel’s Cocktail’, though I prefer to remember them as the ‘ODE to Storytelling. They are:

When these three hormones combine they are incredibly powerful. Think of the most memorable TV shows or films you’ve seen: Star Wars, The A-Team, ET, Sex and the City, Game of Thrones, the Avengers and so on. Each one of them incorporates a human story, some suspense or conflict, and humour. So effective is this combination, and hardwired so we respond from a young age, that Disney replicates the pattern year in year out to deliver a succession of Pixar and Marvel box office hits.

Expectation and anticipation – the value of structure

As communication professionals, you might find this interesting but not specifically relevant. After all, how do we condense those hormone-inducing moments into a corporate video that is 60 or 90 seconds long.

Once again, the deep history of the human mind is on hand to help out. As social creatures with a hundred thousand years of relaying information to one another, our brains are programmed to anticipate certain patterns and enjoy when expectations are met. In the West, where individualism blossomed as a result of disparate tribes and island nations of the Ancient World, a traditional pattern for storytelling emerged:

Of course, this is not the only story structure. Friendlier, more open terrain in the East, led to larger, more connected tribes in antiquity and a story tradition that is less focused on the hero, often features personal sacrifice for community good and tends towards open or inconclusive endings. However, the influence of Western media means that the above 7-point structure is recognised everywhere. And if you have to engage with a global market, the most effective one to employ within your creative content writing.

A tried and tested formula

So how does it fit neatly into the realm of 90” corporate video? Once you have introduced a character with a problem your audience recognises, they’ll start producing oxytocin. This takes less than 15” of your video. Next, we add a touch of humour around the frustration caused by the problem. Here endorphins can be released. We’re still at the 25” and we can shock our audience by revealing a new product, service, behaviour or partner. Wham! We’re at 30” and dopamine is in the mix.

From here on, we focus on the human benefits of our new thing and build to a crescendo which looks to a bright positive future with an audience pumped full of oxytocin, some endorphins and dopamine. They are fully engaged, open to your message and primed for recall.

One thing to note, is that ‘character’ doesn’t need to be human or anthropomorphic to register an empathic response. In a famous study from 1944, students were shown two triangles and a circle and asked for their response. Time and again, the students imagined human actions or emotions: fear, rage, frustration and escape were all mentioned. Contemporary motion graphics frequently uses primitive shapes, acting and reacting in ways to that make us think of them as possessing human traits. Below are a few images we put together, is your brain concocting any stories when you look at them? 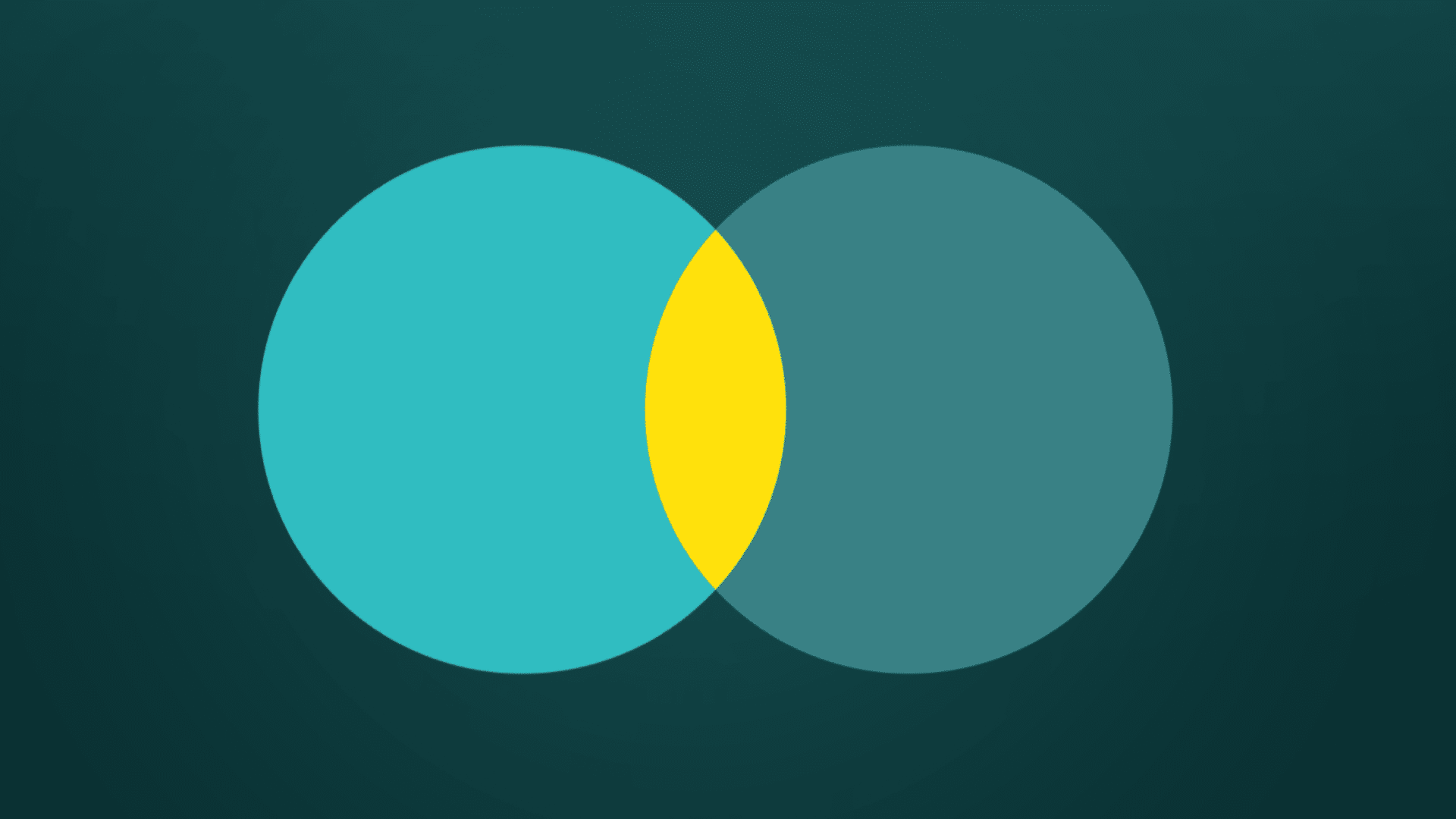 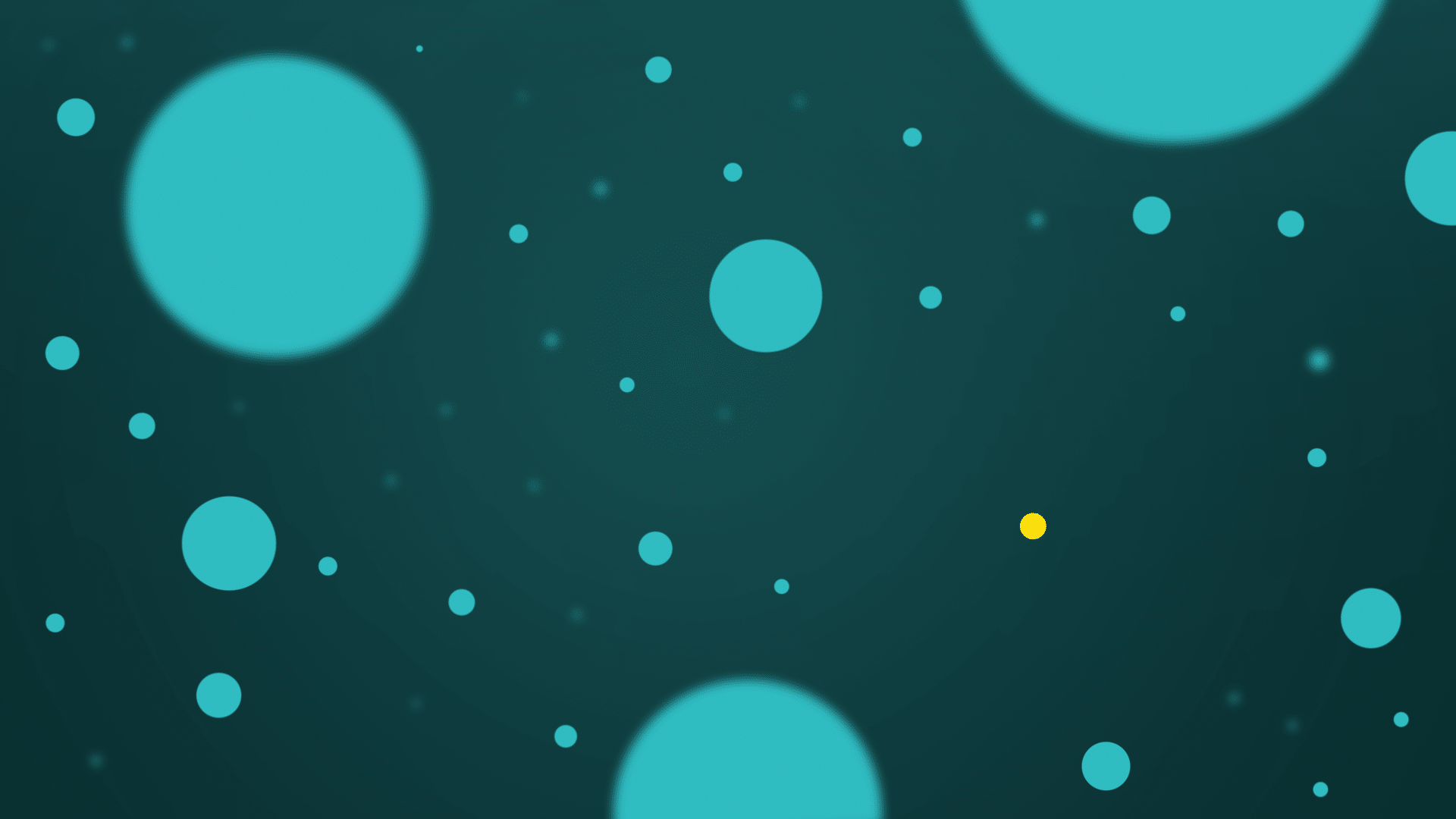 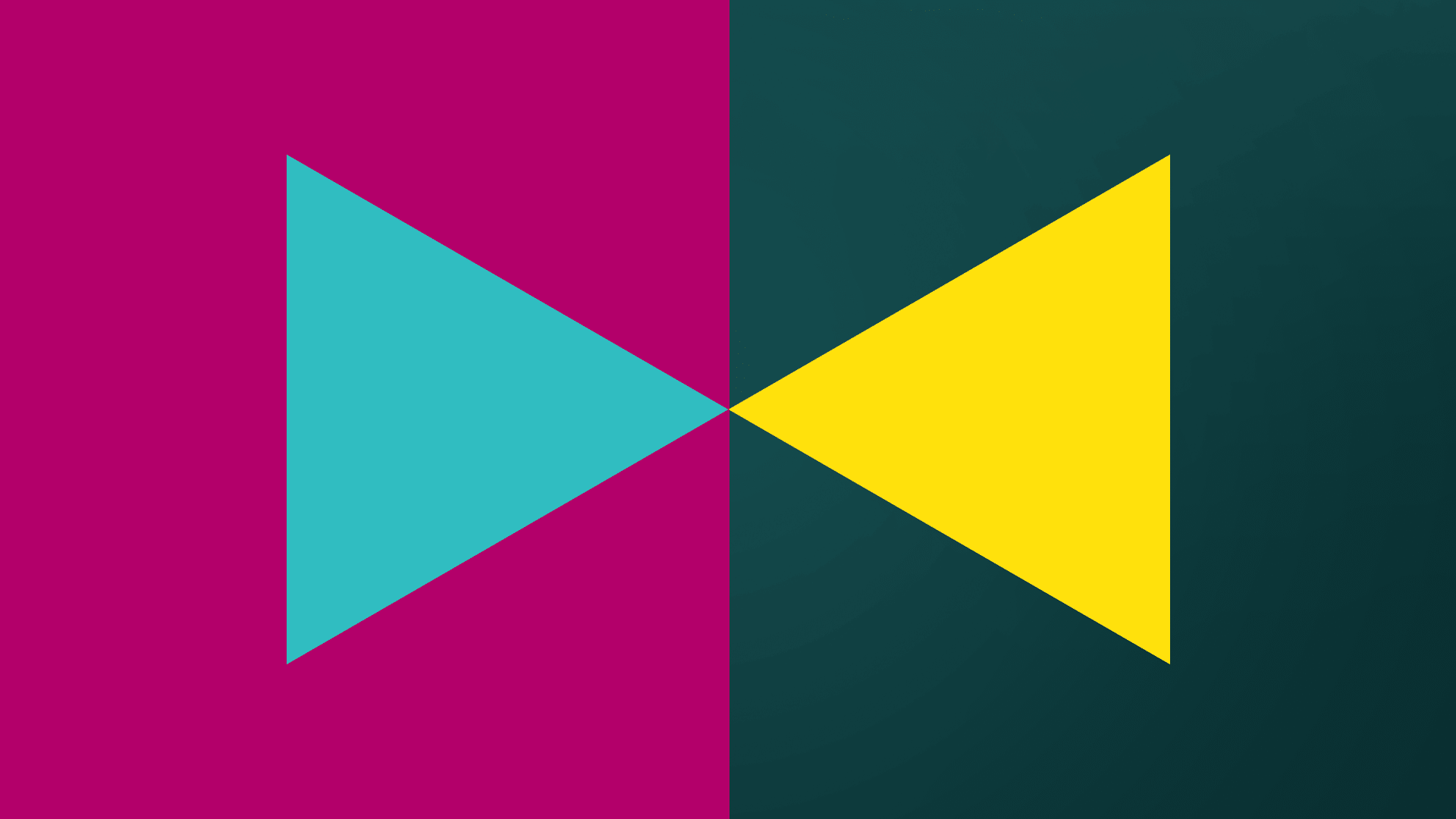 So, what have we learnt.

Whether you are looking for creative video content to support your comms plan, or just a better way to engage your audience with your creative content writing and message, understanding the science of storytelling will make a difference.

If you’re looking for better ways to engage your audience get in touch with us today.